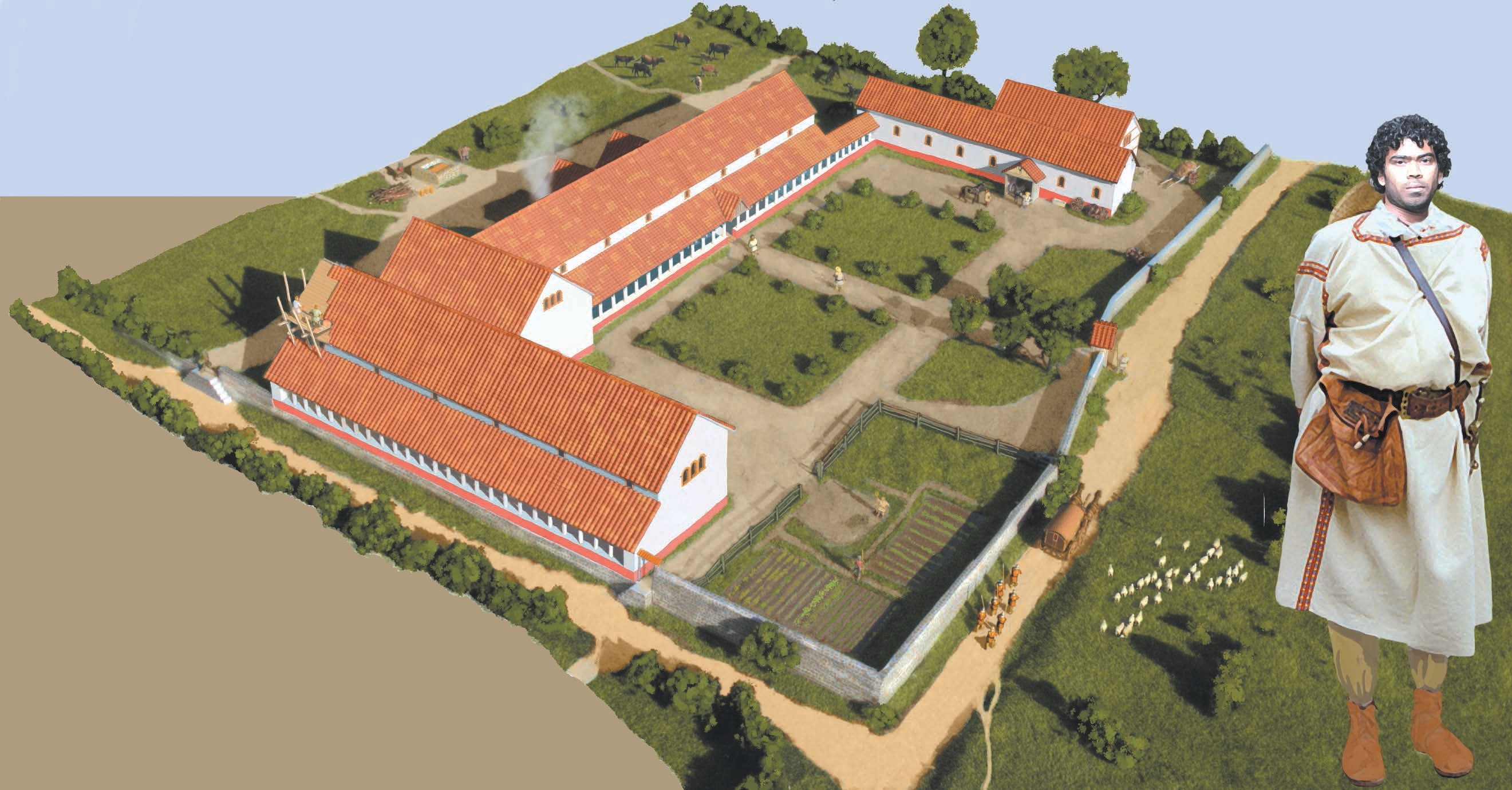 It’s from a community excavation of a Roman Villa at Fane Road in Peterborough that our archaeology group takes its name and from which the Peterborough Archaeology website has developed.

The Itter Crescent Roman villa in Peterborough is one of the largest discovered in the UK. It reveals details of the lives of its occupants from the Iron Age to beyond the Roman period.

The villa site is 3 miles north of the centre of Peterborough between Fane Road and Itter Crescent. It is close to many known Roman settlements, forts and other features.

Until 2011 the villa site was unknown – lying beneath allotments. 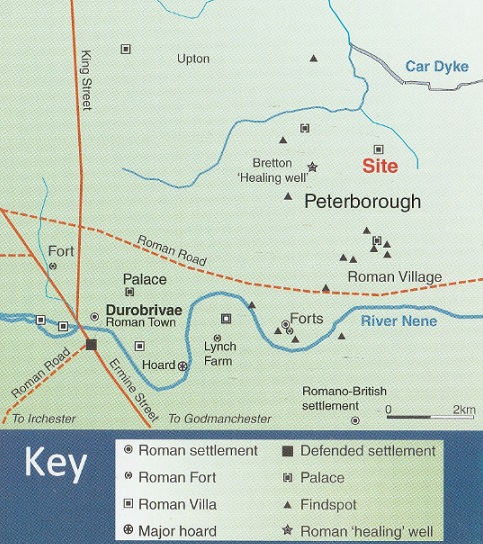 Discovery of the Roman Villa

The Roman villa and Iron Age farmstead were unearthed by an excavation in 2011-12 triggered by the planned development of houses on a portion of the allotment site. The excavation was undertaken for the developers by Oxford Archaeology East.

It was evident from the first excavation that the villa extended to the south – beneath the remaining allotment site.

Discovery of an impressive Roman villa within an urban area of Peterborough provoked keen local interest. Facilitated by OA East and with support from Fane Road allotment holders, local schools, Peterborough City Council, and local residents, a project was launched to find the southern wing of the villa. This community excavation in 2014 was made possible by a Heritage Lottery Fund grant.

Indicative Chronology for the Site

Visitors to the Community Dig

Evidence for the Roman Villa

The Roman Heating System and Bathhouse