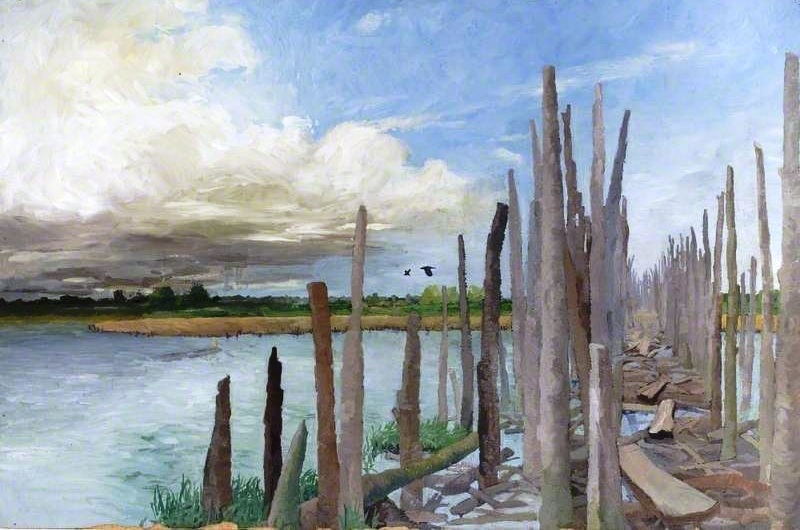 What is Flag Fen?

A 1km wooden causeway built across marshy ground linking the island of Northey (Whittlesey) with Fengate (Peterborough). It was constructed between 900 and 1400BC and comprised more than 60,000 upright timbers and 250,000 horizontal planks. The timbers were arranged in five very long rows.

Slightly nearer the Northey landfall, there was an artificial island or platform. It was in the shape of a squashed oval 175m by 155m with an area of 2.7ha. We know the causeway was used both as a route across the Flag Fen basin and as a ceremonial site. We do not really understand why there was this enlarged platform. 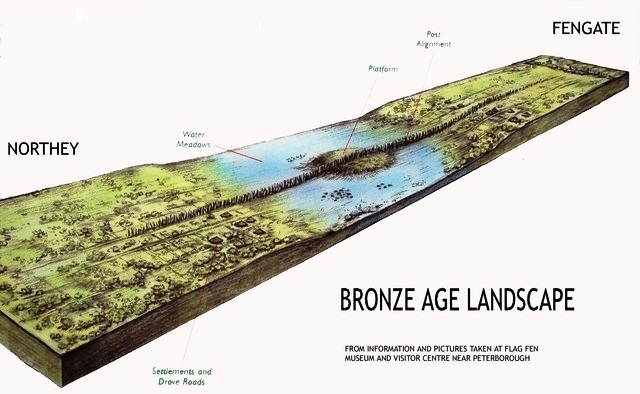 The earliest phases of the structure were constructed mainly in alder and willow; the later phases included more oak. The timbers show how they were worked and joined by expert carpenters using bronze tools.

The vast majority of the metal finds were among and to the south of the posts. Many appear to have been deliberately damaged and placed rather than thrown into the water – suggesting a ritual activity.

During the Holocene era (10,000 BC onwards) sea levels rose with the North Sea encroaching further and further on to land. The ground became saturated, peat began to form and the Fens were created. People continued to live in this new area of marsh land. They retreated to higher ground situated at the edge of the Fens, built walkways to link together ‘islands’ of higher ground that emerged, and used boats for transportation.

Drainage to make the land more usable goes back many centuries and continues to the present day, with open ditches maintained by “Internal Drainage Boards”. The Mustdyke drainage ditch was enlarged and deepened in 1972 and further in 1982 in order to accommodate floodwater from eastern Peterborough.

Research surveys of the exposed sides of these ditches in the early 1980s were led by Francis Pryor. These examinations first revealed the wooden structures of Flag Fen. At one point the timbers were overlain by a metre of peat then the “Fen Causeway” Roman road – giving clear guidance with regard to age.

Major excavations were undertaken from 1989 to 1995 prompted, and in part funded, by construction of a new power station nearby. Smaller excavations have been undertaken in the years since.

Dendochronology proved valuable in assigning broad dates to the phases of construction. A double row of posts between the narrowest crossing point between Fengate and Northey were constructed at around 1300BC. These carried a planked surface, pegged into place and dusted with sand and fine gravel. The other 3 “rows” are less regular and it is thought one may be the remains of a higher palisade. The last timbers of the post alignment were added shortly after 900BC, in the Late Bronze Age.

The larger platform might suggest that houses were positioned on the structure analogous to a Swiss Lake village (or the more recently discovered Must Farm site) but in fact there was no evidence at all for houses or for habitation.

There were, however, many finds other than the wooden structure itself.

The metal finds were mostly bronze and, in terms of weight, biased to weapons. The earliest swords date to the Middle Bronze Age (1300BC); their long thrusting blades had bent and broken before being placed in the water. By the Late Bronze Age (1100BC) the swords had changed to slashing weapons following the style characteristic of those produced at Wilburton, north of Cambridge. There was also a complete, but broken, Early Iron Age sword (400-500BC) indicating activity well beyond the period of construction.

One of the most remarkable finds was a pair of bronze shears, complete with wooden case. These are of Iron Age date. 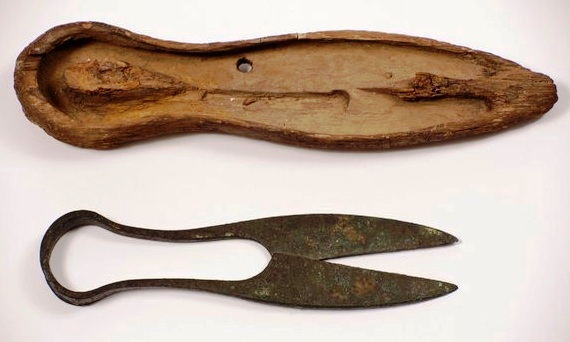 The finest jewellery item was a large bracelet or armlet of shale, inlaid with lead and decorated in neat zigzag bands. It is likely to be from the Late Bronze Age. It, too, was smashed.

Where did Flag Fen “Fit”?

In physical terms we can quite easily understand the Flag Fen structure. We know it provided a walkway over marshes between the mainland to the west and Northey to the east as water levels rose.

We know it was at the edge of the more open Fen to the north and the marshy lakes to the south so may have represented a boundary.

At the western end of the causeway, the Fengate area exhibits extensive evidence for occupation during the Bronze Age with a system of ditches and droveways to husband cattle, sheep and pigs. At the Northey end there is probable evidence of two “bowl barrows”. The discoveries of log boats, stilted round houses, eel traps etc at nearby Must Farm complement the site in demonstrating that there were quite prosperous and skilful late Bronze Age inhabitants.

We also now know that the kind of structure seen at Flag Fen is not unique. There are similar wooden arrangements, for instance, in the Witham valley, just east of Lincoln.

What remains fascinating is the difficulty we have in truly understanding how Flag Fen fitted with people’s lives at the time. Archaeologists have long been aware of the deliberate, ‘ritual’ deposition of Bronze Age metalwork in wetlands and whilst not every find may have been deliberately placed it seems likely that “ceremony” played a key role.

There is more work to be done!

Why is Flag Fen Important?

Flag Fen is scheduled under the Ancient Monuments and Archaeological Areas Act. It is deemed that the post alignment and timber platform represents “a class of monument where relatively few examples survive and are well documented. Amongst these it is unique for its scale, completeness, longevity and complexity.”

The marshy conditions of the Flag Fen basin were critical in preserving the massive number of timbers which in most locations would long ago have disappeared.

The significance of the site and the challenge of preserving the exposed timbers were recognised early after the discovery of Flag Fen by the establishment of a dedicated Visitor Centre – a unique insight into north European Bronze Age culture. 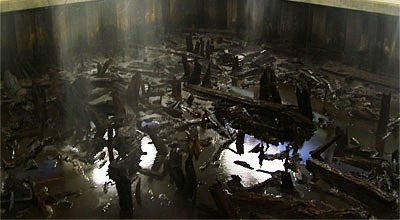 Keeping the timbers wet at the Flag Fen visitor centre 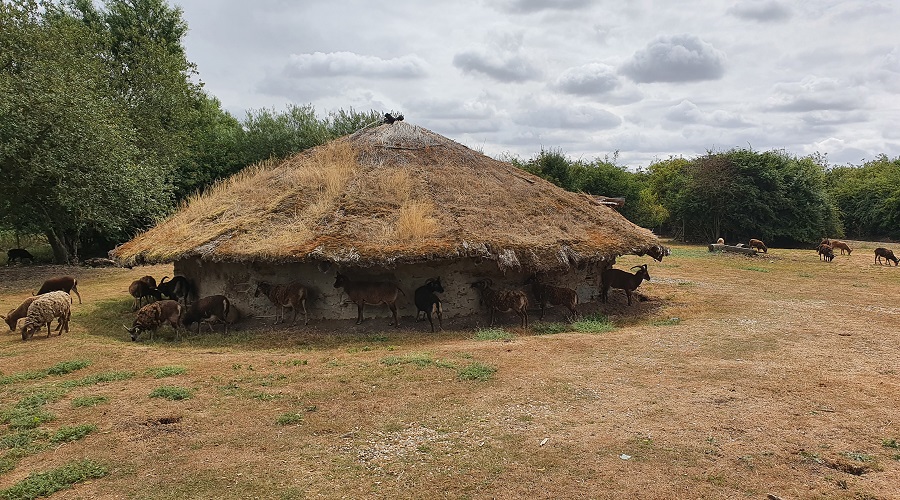