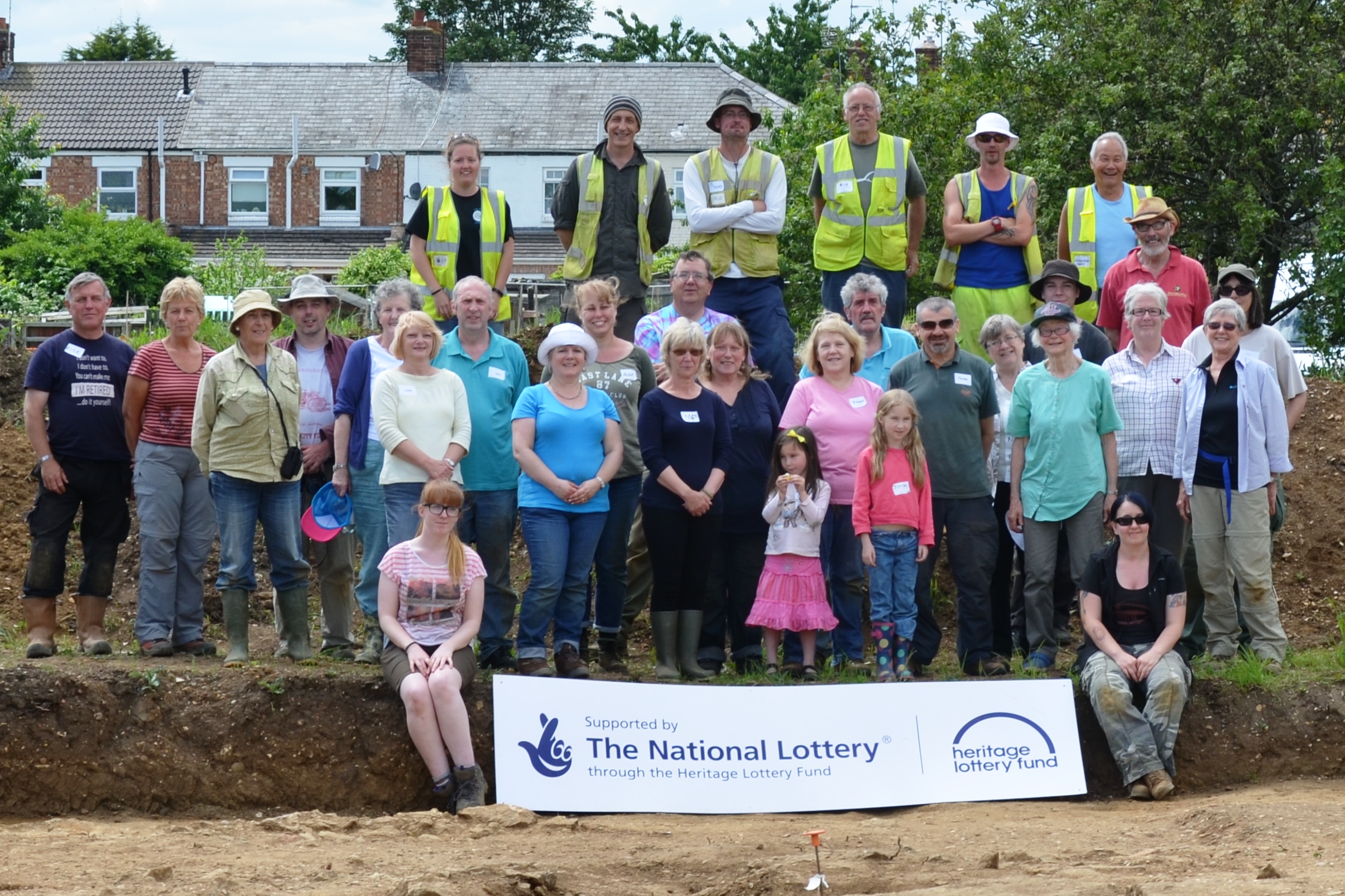 Following on from the original “Itter Crescent” excavation a small committee was set up that included OA East’s Outreach & Learning Officer, the Peterborough City Archaeologist and the Secretary of the Fane Road Allotment Association. With support from allotment holders, local schools, individuals and Peterborough City Council, the committee successfully obtained a Heritage Lottery grant to deliver an extensive heritage project that was focused on finding the southern wing of the Itter Crescent Roman villa.

In addition to a series of heritage talks and guided walks, a Community Excavation took place during May and June in an allotment area south of the OA East excavation. Over 130 volunteers were involved in this quest. During the excavation over 1,000 people visited the site.

The Community Excavation lasted 20 days and involved the digging of three trenches. Many Iron Age and Roman features and artefacts were revealed. 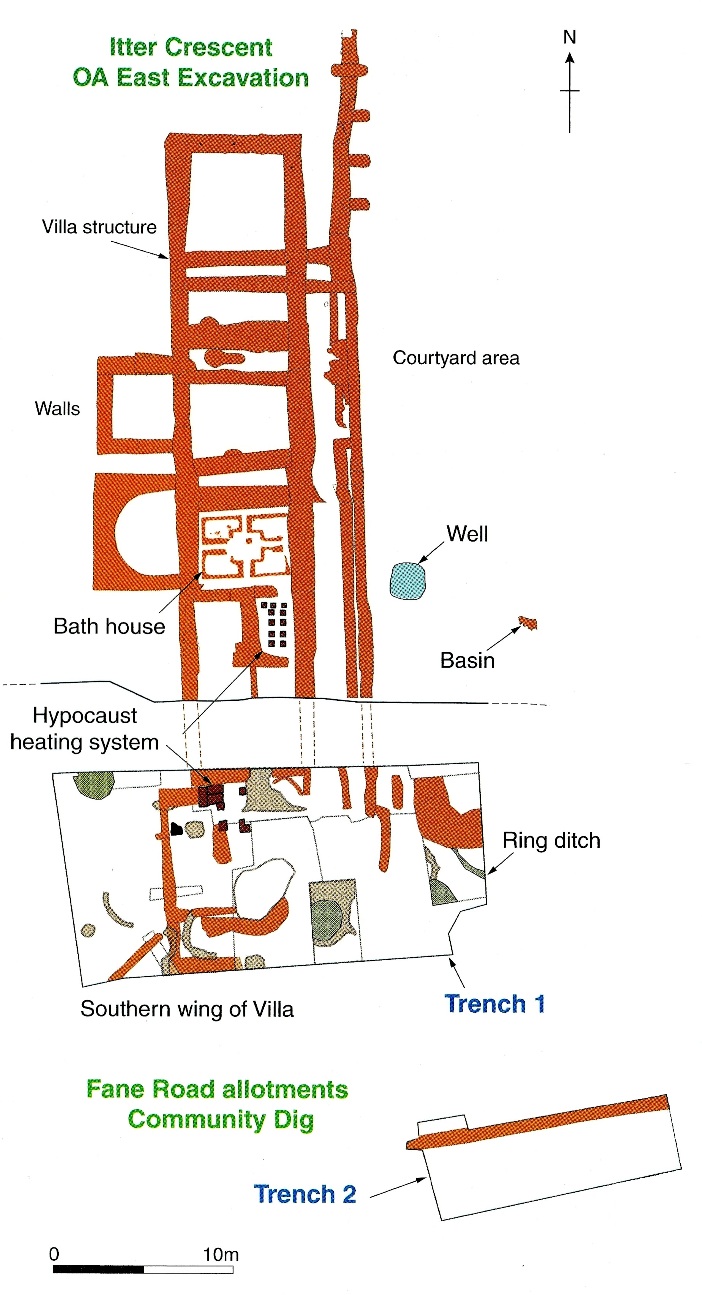 This was adjacent to the original excavation and here volunteers found a range of Iron Age features including ditches, a pit and part of a drainage gully – probably associated with a roundhouse. The gully contained a mixture of plain and decorated Iron Age pottery and several loomweights.

In another part of the trench were the remains of Roman wall foundations, part of a hypocaust system, several cobbled surfaces and a possible garden plinth. These may mark the continuation of the main eastern wing of the villa.

Volunteers found a substantial Roman wall foundation as well as two cobbled surfaces. The wall probably supported a terrace during an earlier Roman phase, and may have been re-used as part of the southern wing of the later villa complex. The presence of a gas pipeline between trenches 1 and 2 prevents us from proving or disproving this theory.

A separate small area where excavations found another possible wall and a cobbled surface in addition to Roman pottery and animal bone.

A detailed report about the excavation was prepared by Oxford Archaeology East.
Download Excavation Report