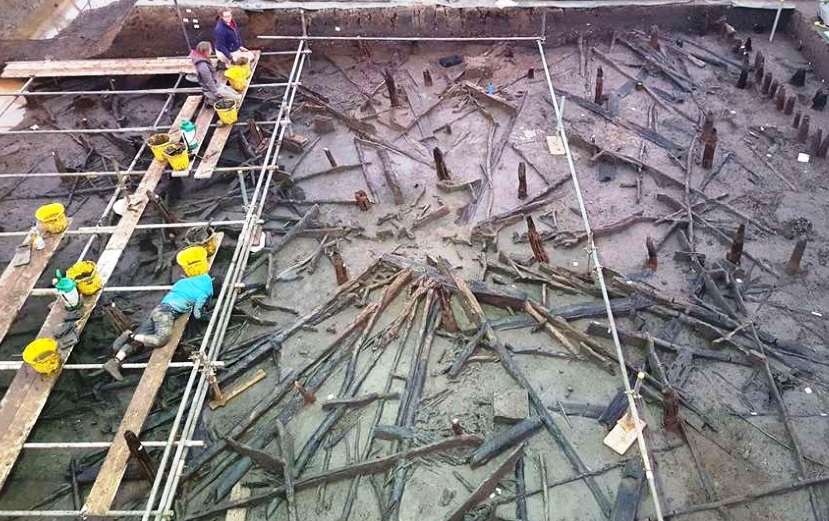 What is Must Farm?

At the Must Farm excavation site between Peterborough and Whittlesey archaeologists have uncovered one of the best preserved settlements dating to the Late Bronze Age (1000 – 800BC).

Initial excitement was generated by the discovery of log boats, fish traps and a wooden platform. Full excavation has now revealed 3 roundhouses and their domestic contents in extraordinary detail.

Perhaps as little as six months after the settlement was built the houses had caught fire and collapsed into the mud and water below – “A Bronze Age Pompeii”.

The site was exposed as a result of the extraction of clay for brick production by Forterra (formerly London Brick and then Hanson). The excavations undertaken by the Cambridge Archaeological Unit have been funded by Forterra and Historic England.

The site is within 3 miles of Flag Fen and was constructed towards the later period of the Peterborough to Northsea causeway. 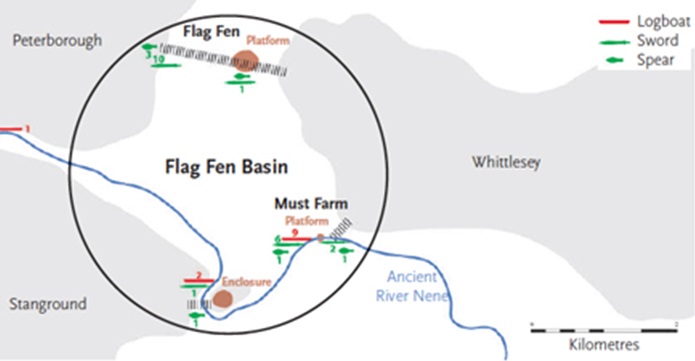 Must Farm and the Flag Fen Basin

In 1999 decaying timbers were discovered protruding from the southern face of the brick pit at Must Farm. Investigations in 2004 and 2006 dated the timbers to the Bronze Age and identified them as a succession of large structures spanning an ancient watercourse.

The settlement consisted of houses built on a series of piles, or stilts, sunk into a river channel below. Around the edge of the settlement was a palisade constructed from large ash posts. It appeared that about half of the settlement had been removed by quarrying in the 1960s but that the remaining half retained the remains of perhaps 5 round houses.

The timber structures were wet when they were in use and wet for a long period afterwards providing excellent conditions for preservation of organic objects as the layers of silt accumulated.

Once it became clear that the remains would be endangered if left in situ a more comprehensive excavation was undertaken in 2015 and 2016. This allowed a forensic investigation of the site and the unearthing of a wealth of everyday objects

There are thousands of finds and their analysis continues.

Some of the highlights: 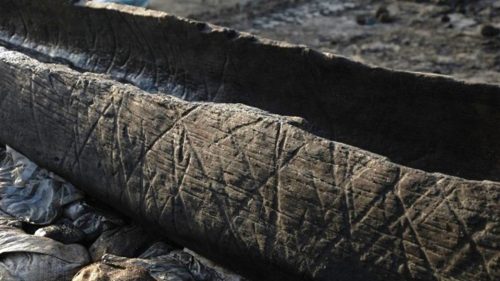 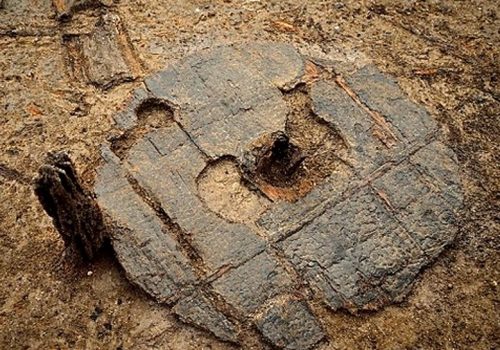 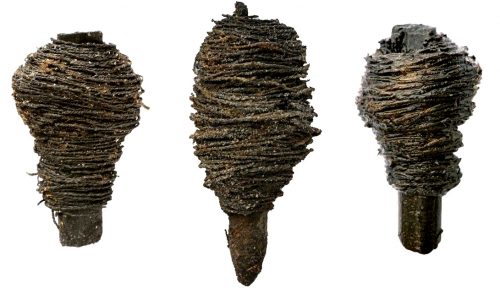 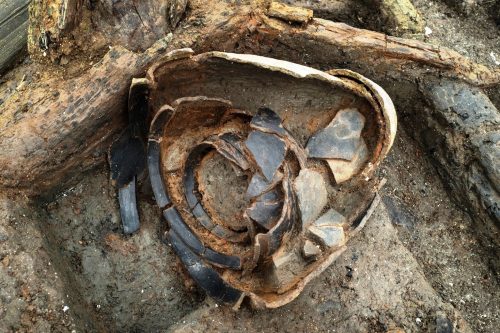 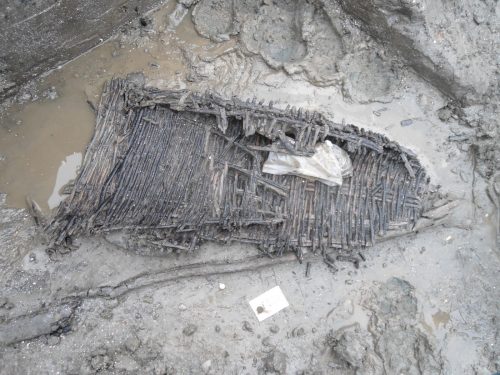 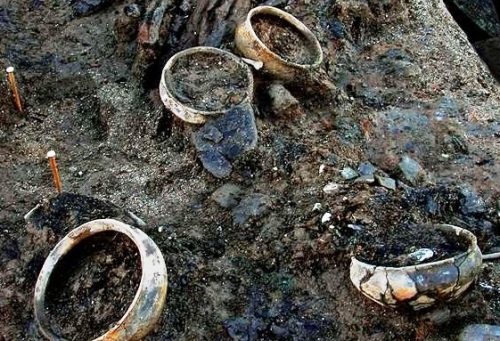 Where did Must Farm “Fit”?

This was a period of rising sea levels and encroachment of lands which had previously been dry. We are seeing a community which is adapted to life at the fen edge – with access to wood, crops and animals from dry land, but making skilled use of the neighbouring waterways.

This settlement is likely to be one of many along the course of the River Nene at this time – and it is close to the Flag Fen platform and causeway which is interpreted as having ceremonial significance.

The houses and their contents are entirely consistent with other scattered evidence across Britain from this period. So although the quantity of objects is unique it is likely that we are gaining a glimpse into typical everyday Bronze Age life.

Why is Must Farm Important?

It is the depth and waterlogged nature of the site which make Must Farm so important. Objects which would normally have decayed or have been destroyed by agriculture and subsequent development have lain undisturbed.

The settlement has yielded the largest collection of domestic metalwork from Britain, including axes, sickles, gouges and razors.

Must Farm has the largest, and finest, collection of textiles from the British Bronze Age.

These extremely delicate objects were preserved by the unique combination of charring and water logging resulting from the destruction of the settlement.

‘A dramatic fire 3,000 years ago, combined with subsequent waterlogged preservation, has left to us a frozen moment in time, which gives us a graphic picture of life in the Bronze Age. This site is of international significance and its excavation really will transform our understanding of the period.’

More Information about Must Farm