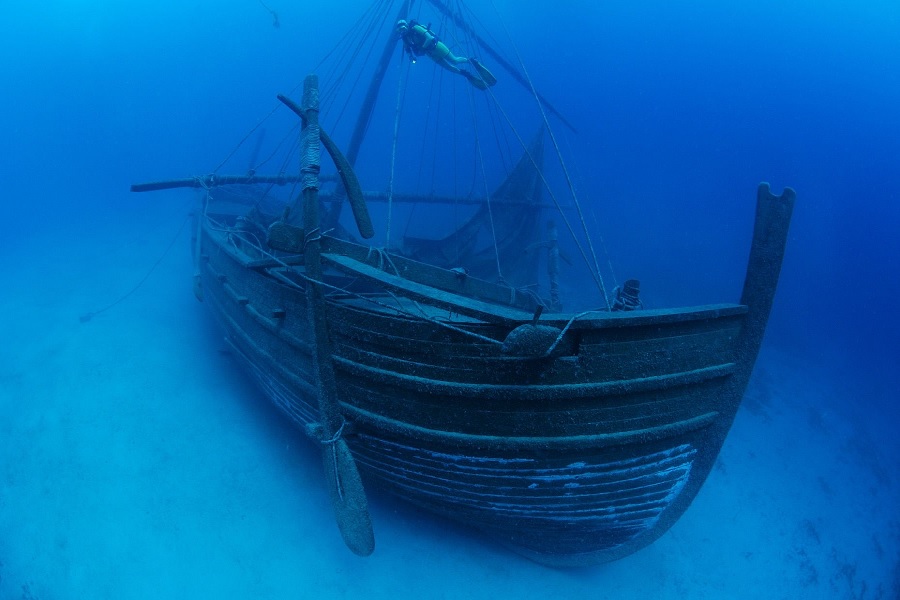 Following his popular talk about pre-historic Bahrain in 2019, Michael Olney returns to throw light on a 3,300 year old shipwreck discovered off the coast of Uluburun, south west Turkey.

The astonishing late 14th century BC shipwreck discovered near Kas by a sponge diver in 1982 has provided a unique insight into the extent and richness of Late Bronze Age trade networks in the Mediterranean.

The wreck was excavated over eleven consecutive campaigns of three to four months, conducted by the Institute of Nautical Archaeology, totalling 22,413 dives between 1984 and 1992.

It is among the oldest ships ever discovered and contained one of the wealthiest and largest known assemblages of Late Bronze Age items found in the Mediterranean which have been traced back to at least seven different cultures, including Mycenaean, Syro-Palestinian, Cypriot, Egyptian, Kassite, Assyrian and Nubian.

Fully laden cargo of around 20 tons yielded more than 18,000 spectacular artefacts. The main cargo was of raw materials including approximately 10 tons of primarily Cypriot copper in the form of 354 ‘oxhide’ ingots; 175 of the earliest known intact disc-shaped ingots of glass which were coloured with cobalt blue, turquoise, and a unique lavender; A ton of terebinth resin contained in around 150 Canaanite jars, logs of Egyptian ebony, ostrich eggshells, elephant tusks, hippopotamus teeth, seashells, and tortoise shells.

There were also luxurious finished goods on board; Egyptian objects of gold, electrum, silver, and stone; Canaanite jewellery; thousands of beads made of glass, agate, carnelian, quartz, faience, and amber; and finely crafted figurines and a scarab bearing the cartouche of Queen Nefertiti.

Artefacts that were personal possessions of the crew members, such as tools, oil lamps, and writing boards, suggest that the crew were Canaanite and/or Cypriot, although at least two were Mycenaean.

The proveniences of the artefacts suggest that the Late Bronze Age Aegean was part of an established international trade network in which ships sailed the Mediterranean on a circular route from Syro-Palestine to Cyprus, onto the Aegean, and occasionally as far west as Sardinia, then back home via North Africa and Egypt.

Michael read Archaeology and Ancient History of Western Asia at the Institute of Archaeology, UCL.