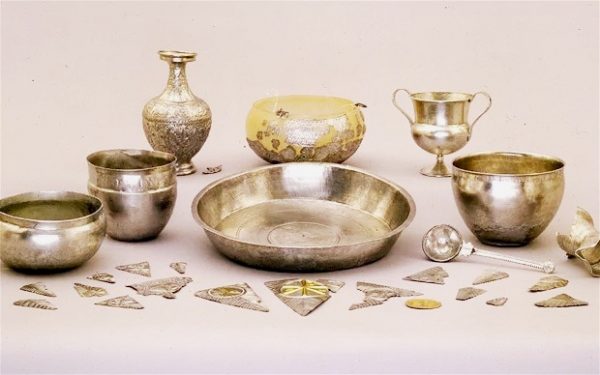 A hoard of 9 silver vessels and 19 plaques was discovered in 1975. The hoard was found on the site of the walled Roman town of Durobrivae and is now housed in the British Museum. What exactly is the Water Newton treasure?

It dates from no later than the fourth century AD and many of the objects include Christian symbols. The hoard is widely regarded as the earliest known group of Christian silver.

Phil Hill will explain where and how the hoard was found – and what it tells us about both Durobrivae and early Christianity in Britain.

You can find an introductory overview on our website.

NB This is the talk originally scheduled for October 2021. We apologise for the last minute cancellation of the previous event due to circumstances beyond our direct control