Must Farm – The Big Picture 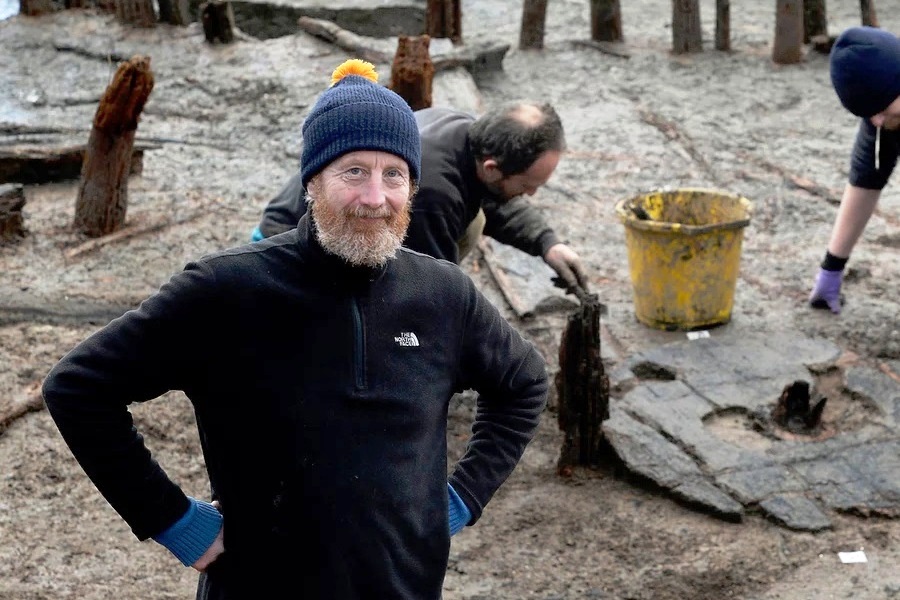 Must Farm – The Big Picture

The excavation of 3 late Bronze Age round houses took place in 2015 and 2016. Now that the post excavation work is complete and the monographs in the pipeline, project director Mark Knight is able to tell the full narrative. How were long-established settlements being affected by rising water levels? How did the Must Farm settlement come to be there? How were the people living? How was the settlement destroyed? What parallels can we see in southern Britain – and in continental Europe?

It was in the summer of 1999 that decaying timbers were discovered protruding out of the southern face of the brick pit at Must Farm, between Peterborough and Whittlesey. Investigations in 2004 and 2006 revealed the site to be late Bronze Age (1300-800BC) and to comprise a succession of large timber structures spanning an ancient watercourse. A fleet of eight beautifully preserved prehistoric log-boats were amongst the earlier finds. It was in 2016 that the site hit the headlines and was dubbed “Britain’s Pompeii”. Certainly, the excavation of 3 stilted roundhouses which burnt down soon after construction – with much of their timbers and contents preserved in the mud below – has greatly extended our knowledge of everyday life at that time.

NB Please note this is NOT AT OUR USUAL VENUE!