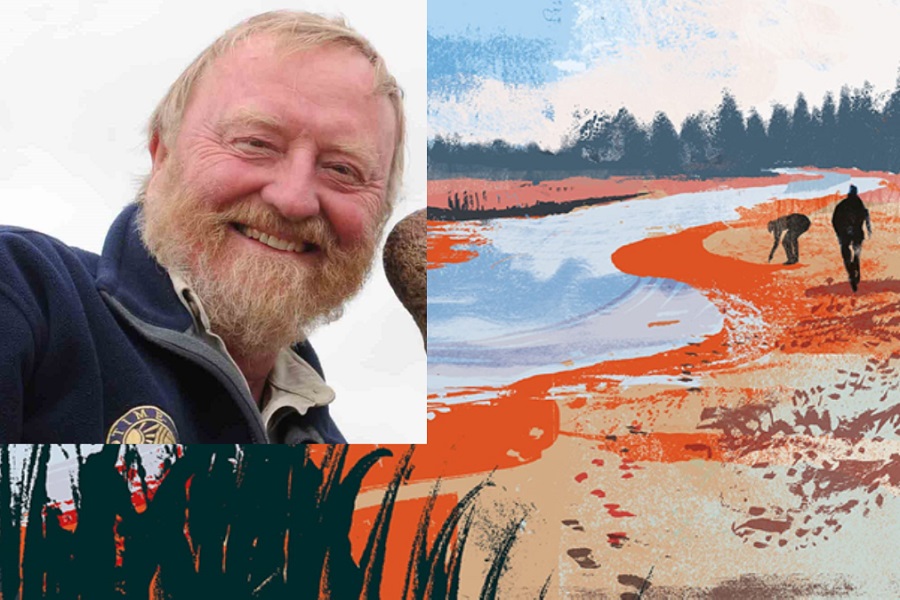 Scenes from Prehistoric Life:
From the Ice Age to the Coming of the Romans: One Million Years of Life in the British Isles

We are delighted to welcome one of Britain’s most distinguished archaeologists and the excavator of Flag Fen. The talk by Francis Pryor will be based on his latest book, “Scenes from Prehistoric Life”. Attendees will be able to purchase signed copies of the book.

‘Highly compelling’ Spectator, Books of the Year
‘An evocative foray into the prehistoric past’, BBC Countryfile Magazine
‘Makes life in Britain BC often sound rather more appealing than the frenetic and anxious 21st century!’ Daily Mail

Francis Pryor paints a vivid picture of British and Irish prehistory, from the Old Stone Age (about one million years ago) to the arrival of the Romans in AD 43, in a sequence of fifteen profiles of ancient landscapes. Whether writing about the early human family who trod the estuarine muds of Happisburgh in Norfolk c.900,000 BC, the craftsmen who built a wooden trackway in the Somerset Levels early in the fourth millennium BC, or the Iron Age denizens of Britain’s first towns, Pryor uses excavations and surveys to uncover the daily routines of our ancient ancestors. By revealing how our prehistoric forebears coped with both simple practical problems and more existential challenges, Francis Pryor offers remarkable insights into the long and unrecorded centuries of our early history, and a convincing, well-attested and movingly human portrait of prehistoric life as it was really lived.

Dr Francis Pryor MBE is an archaeologist specialising in the study of the Bronze Age and Iron Age in Britain. He was fundamental to the discovery and excavation of Flag Fen. He has worked extensively in the lower Welland and Nene valleys. Francis is well known for his frequent appearances on the Channel 4 television series Time Team.