Plans are being finalised to expand Peterborough Museum in order to display the Must Farm collection of Bronze Age artefacts.

Vivacity has been working with interested parties ranging from The British Museum and Historic England to Cambridge Archaeological Unit and Whittlesey Museum. The objective has been to find a viable home for the storage and display of the extraordinary finds recovered from the excavations at Must Farm near Whittlesey.

The excavation focused on a series of round houses which were destroyed by fire soon after they were built 3,000 years ago. Finds include some of the best preserved domestic items from this period including kitchenware, fabrics and tools. They are currently being examined in detail by specialist archaeology units across the country. They will be returned to Peterborough to new galleries where they can be stored safely in appropriate environmental conditions – and form part of a display which will tell the story of everyday life in Bronze Age Peterborough.

The Must Farm site is close to Flag Fen in both age and geography. Together, they present a unique window on the Bronze Age. It is expected that the new Peterborough Museum galleries will be complementary to enhanced facilities at Flag Fen where timbers can be seen in situ and the story of the excavations and preservation of finds can be told in very practical ways.

Plans to expand Peterborough Museum to incorporate the Must Farm were explained to FRAG at our March 2018 meeting by Sarah Wilson and Jonathan Latchford of Vivacity. They explained that there was still a lengthy period of consultation and planning to come and that the earliest date for completion of the project was likely to be 2025.

Along with its project partners, Vivacity has already considered other options such as a brand new “National Bronze Age Museum” but that these proved impractical or prohibitively expensive. The current ideas centre on: 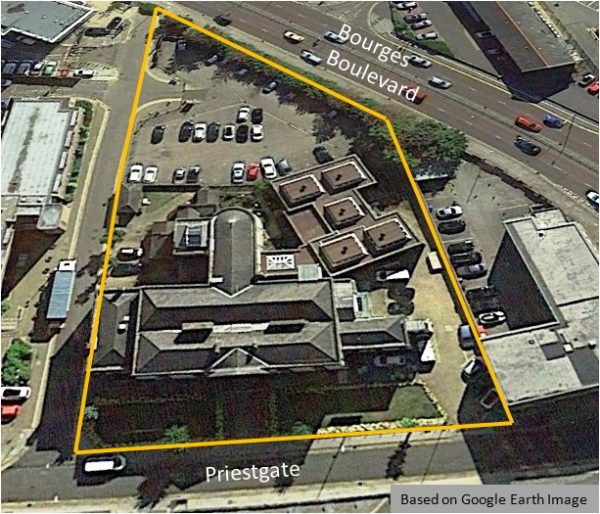 Were Flag Fen, the Whitworth Mill or Greenfield sites considered?
A range of options were considered but the Peterborough Museum was favoured on grounds including cost, accessibility and security.

There needs to be better access and signposting from the Museum to other sites such as Flag Fen and Longthorpe Tower.
This is recognised as an important point. Shuttle bus options will be considered between museum and Flag Fen.

The possibility of a water bus along the Nene was also suggested.

What will happen to the Must Farm excavation site?
It will be levelled and will form part of the Forterra quarry. This was always the intention and was the reason why its excavation was justified.

What will happen to the structural timbers from Must Farm?
There is no plan to preserve these and this decision is supported by The British Museum. They have been recorded in detail as was the original objective.

It was suggested that other museums (including those in Europe with Bronze Age collections) may be interested in some of this material.

Where will artefacts be held until the new galleries are open?
Textiles, swords, pottery, environmental samples etc will be with specialist units for analysis and conservation for a period of several years, and it will only be when this process is complete that a full interpretation of the site will be possible.

Notes
Featured image of finds above is courtesy of the Must Farm Website.

The History and Archaeology of Cathedral Square

No Replies to "Peterborough Museum set to house Must Farm Collection"