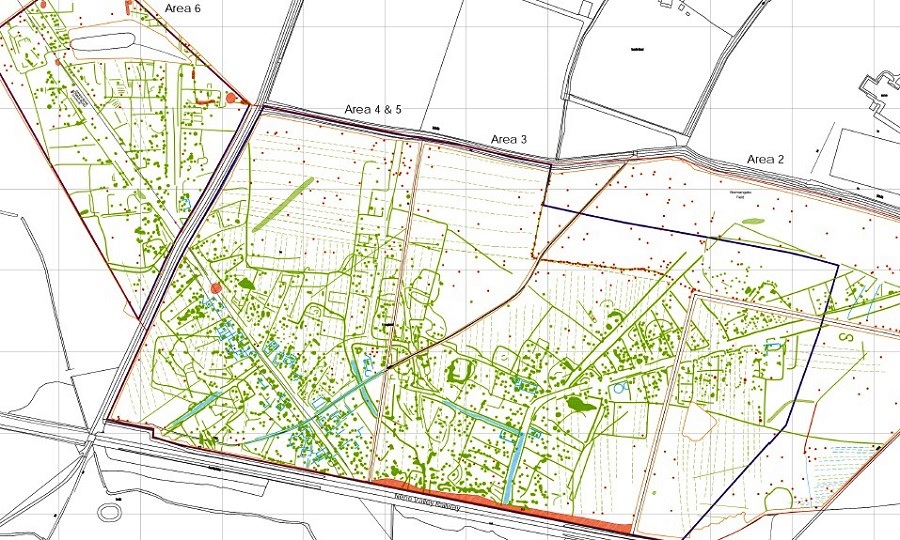 Normangate describes an area immediately north of the River Nene, lying between Durobrivae and present day Ailsworth and Castor. (It’s more than a single field!)

In Roman times it became a thriving industrial suburb of Durobrivae with a heavy concentration of pottery and iron production.

As well as being near a significant Roman town, Normangate was strategically located close to the Nene and at the junction of several important roads including Ermine Street and King Street.

Early antiquarians were so struck by the abundance of Roman finds in the Castor area that they assumed (wrongly) that it was the location of the town of Durobrivae referred to in the The Antonine Itinerary. Confusion was exacerbated by the extensive remains near Castor church which have come to be understood as an enormous administrative complex, the “Praetorium”.

Normangate Field was one of many local sites that ET Artis in the early 19th century undertook excavations and published findings in his pictorial record, The Durobrivae of Antoninus. 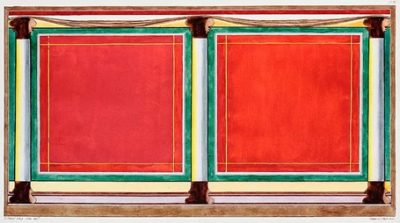 A Fresco Painting, from the wall of a Roman Bath in Normangate field 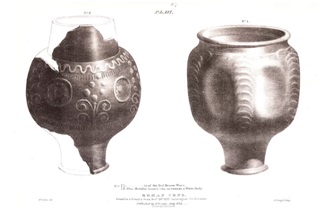 In the early 1960s excavation by Webster sought to confirm specific kiln locations based on magnetometry results. Large amounts of pottery, ironwork and some coins were recovered and analysed. Part of an east-west aligned road was excavated and found to have at least four layers of metalled surface, with traces of stone and timber buildings on its south side.

In the 1970s excavations by the Nene Valley Research Committee located a small 2nd century aisled barn together with enclosures and roads of all periods of the Roman occupation. A 4th century mausoleum containing three burials and circular features interpreted as possible shrines were recorded. One woman was buried with gold and silver jewellery. 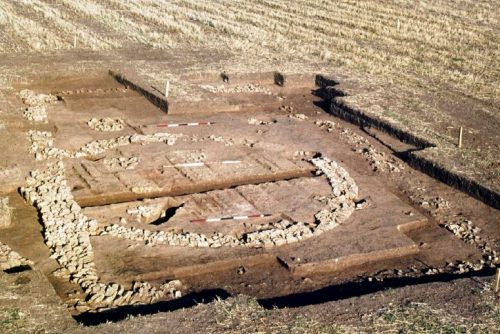 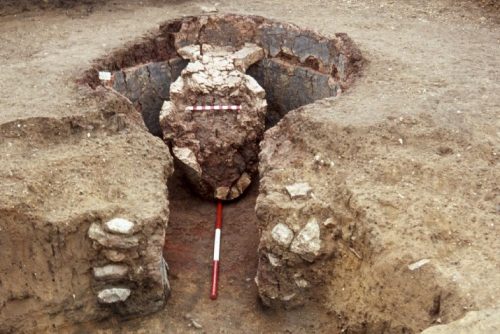 The 2018 magnetometery survey was commissioned by the Nene Valley Trust with support from Historic England. It did not extend south of the Nene Valley Railway but did cover 46 hectares so was by the most comprehensive investigation to date. The results are remarkable revealing a Roman street map with definition of roads, boundaries, buildings and kilns (see image at top of page). Interestingly the boundaries appear to respect King Street rather than Ermine Street implying that King Street was the earlier primary route north. Conclusions from the report include:

Normangate Field is listed by Historic England as a site that is “at risk”. The fields are now under a stewardship scheme and are undergoing reversion from arable to grassland.

Where did Normangate Field Fit”?

The impression we are getting (from albeit still limited investigation) is of a thriving community lining the major routes which converge at this point. Overflowing the walled town of Durobrivae over the Nene to the south, this area was at the heart of the local pottery industry – which we know was distributing its wares widely across the country.

It was occupied over an extended period with changing land use. For instance, we can see a religious site become a potter’s workshop, and roads which were periodically resurfaced.

Dannell and Wild hypothesise that in the early 2nd century increasing pressure for land from the inhabitants of the town prompted expansion over neighbouring agricultural areas, perhaps with assignment of plots under the central authority of the vicus of Durobrivae.

Why is Normangate Field Important?

Although Durobrivae was designated in Roman times as a “small town” the walled area is about 20 hectares. The Normangate Field industrial suburb north of the river adds perhaps as much again. Beyond Normangate there was the vast Praetorium at Castor. There were other extra mural settlements to the south and west. In total this starts to build the picture of a much larger town than was previously assumed.

With the introduction of colour-coated pottery, Normangate was a central element of a booming industry. It was a communications hub. Finding out more about this area will deepen our understanding of Roman industry, Roman communications, and the interrelationship between a Roman town and its hinterland. 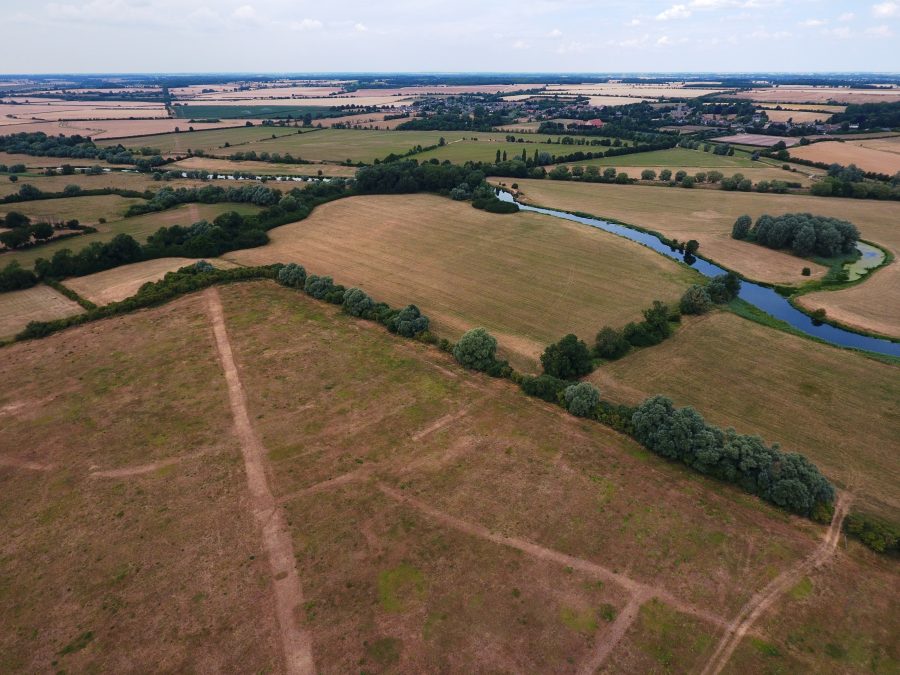