A second session in the afternoon gave YAC members the chance to get hands on with the technology.

The main objective was to introduce the principles and practicalities of both resistance and magnetometry surveying. By using a site adjacent to the Fane Road villa we also hope that we might find more clues concerning the roadway to the villa.

The primary tool used was the RM85 Resistivity Meter (on loan from Jigsaw). First step was to create the grid of 20m x 20m squares – with the help of pythagoras. Then some careful scrutiny of the instruction sheet! Everybody had a go and speed of surveying soon increased dramatically. We now eagerly await analysis of the results by Kev. We’ll update this post once we have news! 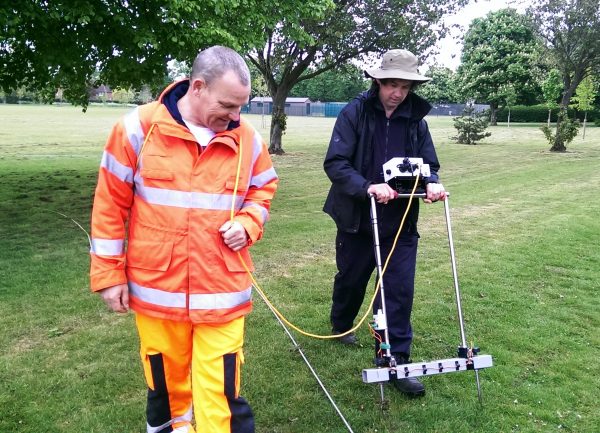 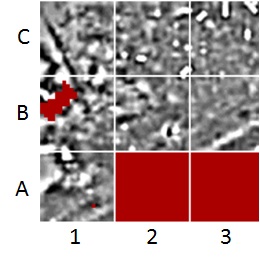 This is the ghostly image we are left to interpret after a lot of processing and filtering of the raw resistivity data.

Even though our primary objective was training, Kev Redgate has been able to identify a number of features worthy of further investigation. The following comments are extracts from his preliminary report.

The results, whilst secondary to the training purpose, have revealed some anomalies of interest, specifically; the strong low resistance north-northwest – south-southeast linear anomaly in C1 and extending in to B1, the weak high resistance mass in A1 and the six rectangular strong high resistance anomalies in C2/C3.

We would like to thank Peterborough City Council and the Friends of Itter Park for their help and co-operation in making this exercise possible.