Pottery identification is a valuable aid to dating of archaeological sites. Pottery is usually the most common find and potsherds are more stable than organic materials and metals. As pottery techniques and fashions have evolved so it is often possible to be very specific in terms of date and source. This Jigsaw introduction to pottery identification is intended to get you started with basic guidelines and chronology. 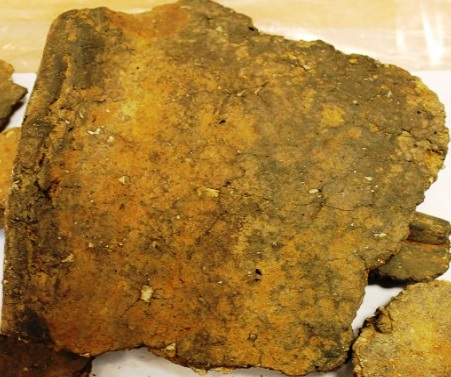 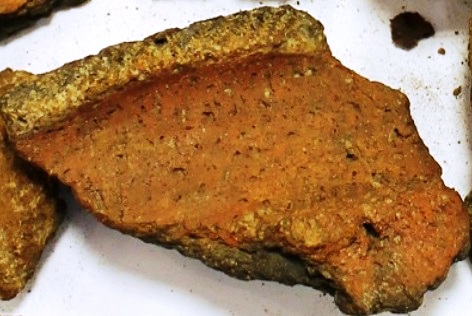 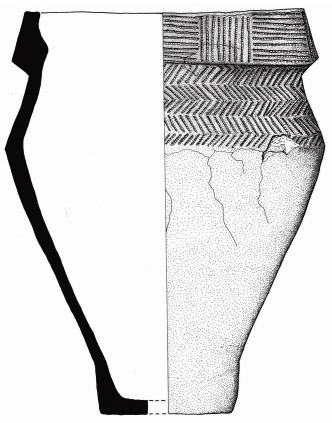 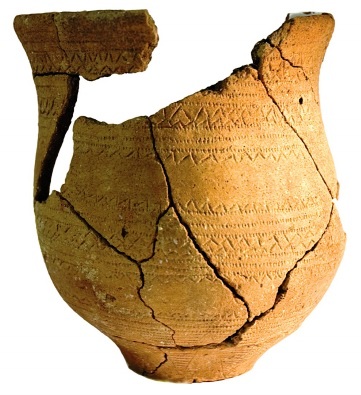 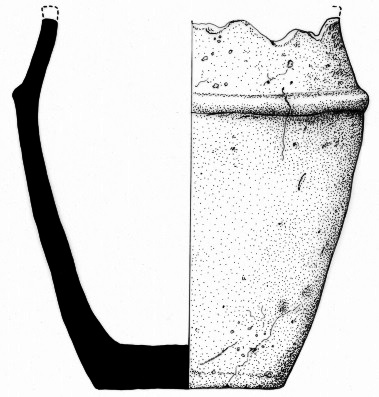 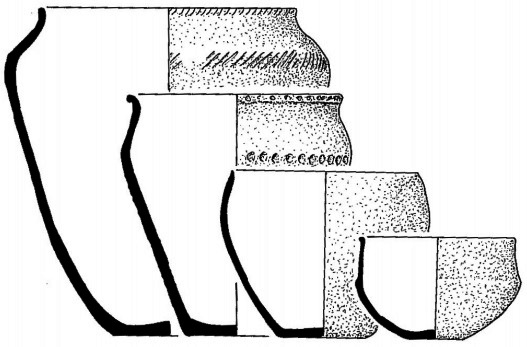 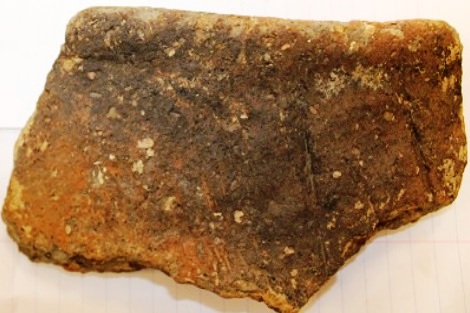 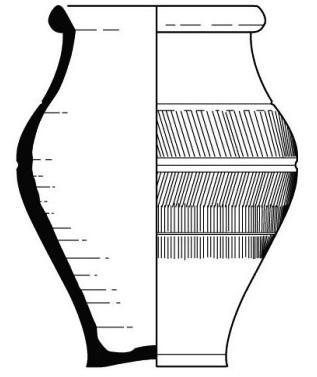 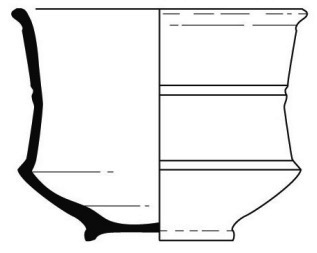 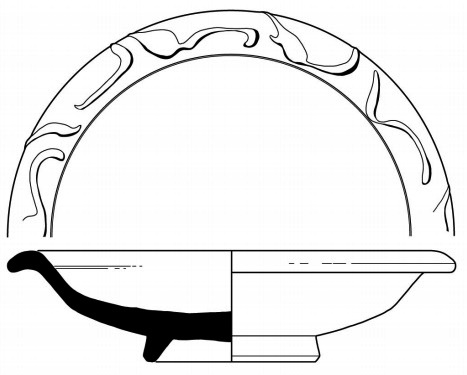 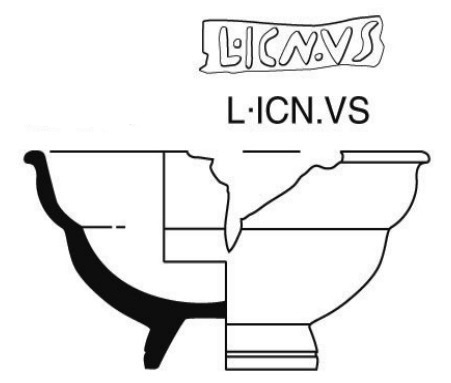 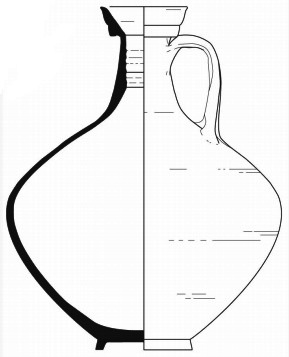 Hofheim Flagons: Imported or produced in Britain for the army c.43 – 70 AD. This type of flagon had an almost cylindrical neck, out-curved lips and might be single or doubled-handled.

Ring-neck flagons: a common type, they have a mouthpiece constructed of multiple superimposed rings; in the mid 1st century AD the neck-top was more or less vertical. By 2nd century AD the top ring lip thickened and protruded while the lower rings became fewer or degenerated into grooving. 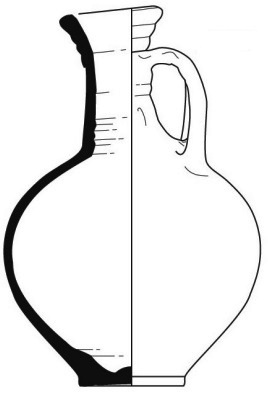 Flanged-neck flagons: were manufactured in a variety of fabrics, mostly colour-coated during the 3rd and 4th centuries AD. 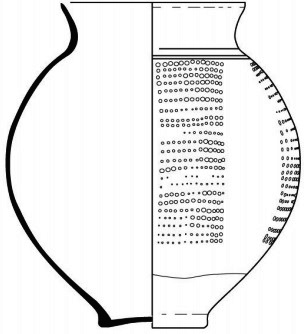 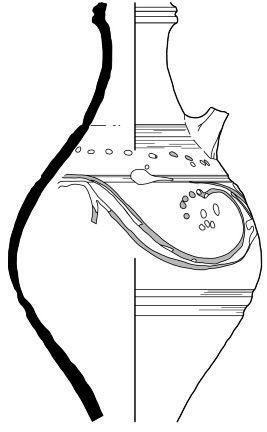 This period is defined in particular by the arrival of Christianity. 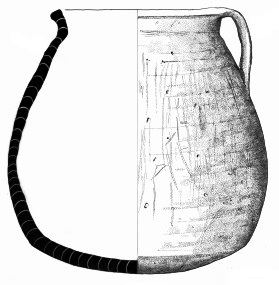 Thetford Ware
Produced in Thetford on a large scale using proper kilns with managed temperatures to produce a uniform grey fabric of high quality. Only the large storage vessels are handmade. Also manufactured outside Thetford at various sites including Ipswich and Norwich.

St Neots Ware
Shell-tempered and wheel-made but still fired in bonfire kilns or clamps. It appears in a multitude of colours that vary from black to pink to brown to red.
The fabric is soapy to the touch and the shell is finely crushed. The pottery was probably produced in various centres around St Neots. 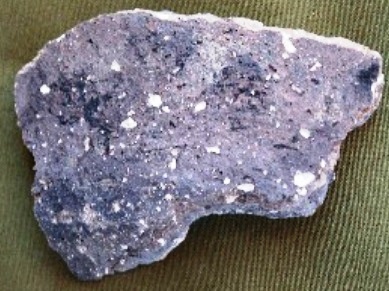 Stamford Ware
An off-white, very fine, light firing fabric, wheel made and fired in kilns. It is also the first appearance of glazed indigenously produced pottery in this country since the Roman period. Glazed from 875 AD, no other major glazed ware emerges in this country until the 12th century, apart from a brief period in Winchester in the later 9th 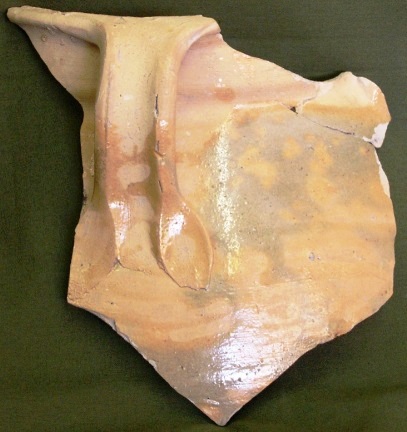 Colne Ware (1200 – 1350 AD)
This was a pottery production centre on the Fen Edge in the middle of Cambridgeshire making Medieval pottery rather like Ely ware though the fabric is smoother and harder. As Colne becomes more developed later in the period it becomes more
distinct from Ely ware. 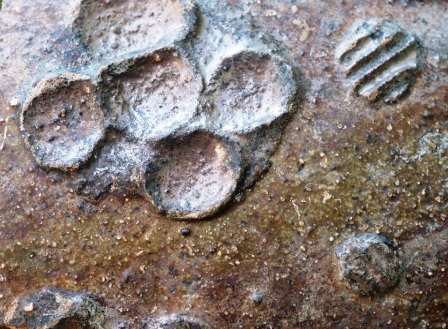 Ely ware (1150 – 1350 AD)
One of the more recognisable local coarse fabric types is Ely ware, used for jars bowls and cooking pots and also for glazed jugs. Some of it is wheel-made, some is handmade, and the fabric usually has buff surfaces (but not always) and a blackgrey core, with some calcareous (white blobs) temper. Ely Ware is found in the Cambridgeshire fens up and down the rivers and as far north as Wisbech and Kings Lynn. 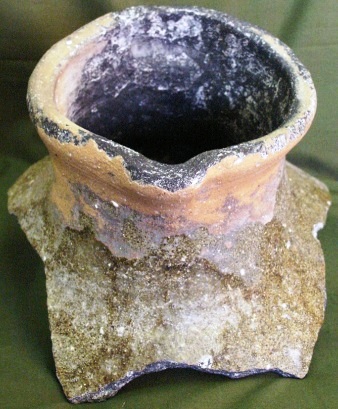 This step by step guide to archaeological techniques is one of a series prepared by Jigsaw – a network of Cambridgeshire groups working alongside Oxford Archaeology East. The guides are available for download from the Jigsaw Website. Copyright in these guides belongs to Jigsaw and the authors, including Paul Booth (OA South)

There’s a useful guide to recording of pottery prepared by Kevin Leahy and Helen Geake for the Portable Antiquities Scheme: